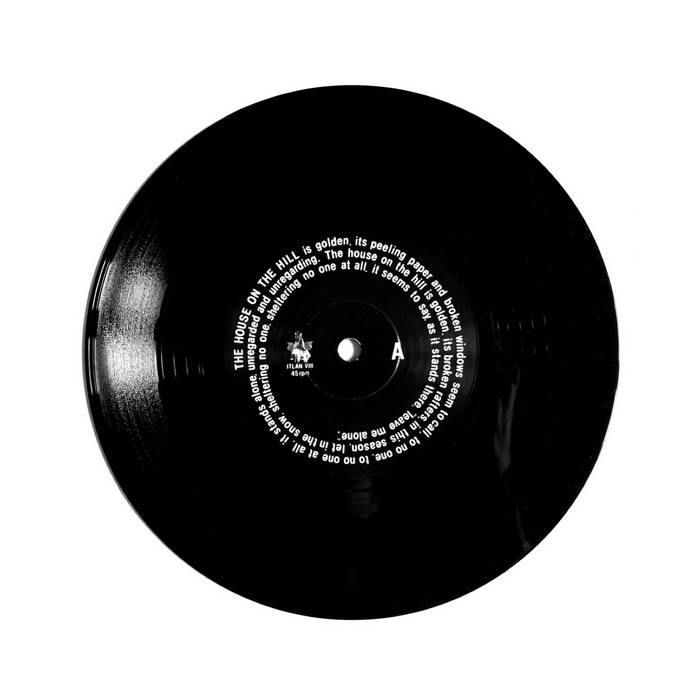 Two thematically linked songs recorded during the sessions for Paths to the Foss (sometime around 2015). At one time I was planning to release them as a 7-inch single, but pulled the run at the last minute.

These are old songs that were old even when they were recorded five years ago. They have already appeared elsewhere in other forms. This might not be the world's most exciting release, but I like these versions of the songs so perhaps others will too.

The actual house on the hill was an abandoned cottage on a country lane just outside Exeter. It was filled with old newspapers and furniture - things the last inhabitants had left behind. Nature was slowly creeping her way around the broken floorboards and rotting timbers. I thought it was a beautiful place and often returned to it just to sit and be to myself.

It had its own music on soft summer days, when the breeze creaked the joists like the mast of an old sailboat. I wish I'd recorded that sound as it's lost to the world now. The house suffered a catastrophic fire around 2012 and today only the brickwork remains.

Update: 27 Nov 2020. I forgot that in 2017 a very small number of records were in fact pressed bearing the cat number ITLAN VIII. They were never publicly available and, before finding one in the attic this afternoon, I had actually forgotten they existed. I've updated the album artwork with a picture of a copy.